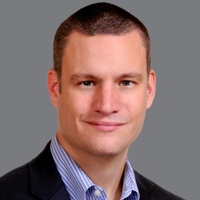 Terry is a highly respected speaker, trainer, and mentor within the financial services industry. He has trained thousands of financial professionals throughout the US and Canada in taking a different approach to the practice of financial planning. Terry’s convictions shifted after seeing too many people on the receiving end of improper advice. This often led to heavy burdens upon the families, businesses, and ministries that trusted the advice they were given. These experiences, along with a calling from the Lord above, is what inspired the Teleios Financial Partners.

Terry has helped develop, distribute, and train on one of the most sophisticated and highly regarded Financial Planning programs in our industry. This program is built around a philosophy that is very different from the typical “product based” and “boiler plate” financial solutions most advisors within our industry offer. Terry refers to this philosophy as the “swing” vs “club” approach to improving your financial position.

Terry served as a key member of the firm who created this program. That firm provides financial planning software, systems, training, and processes to institutions and financial professionals across North America. In addition, Terry has earned the coveted designation of “Certified Master Mentor” which less than 200 of about 10,000 licensed advisors within the program have achieved. Terry has also served as a guest speaker at many of the industry’s largest association events. These include NAIFA (national & state) and GAMA’s LAMP (international) Association, in addition to similar Canadian Associations.

Terry’s convictions shifted over the years after seeing many people within our local community on the receiving end of improper (buy a better club) advice. These inequities helped inspire the idea to create his own firm, however, Terry felt his position of influence within the industry offered a better platform to change this trend. After calling Terry several times, God orchestrated a “Road to Damascus” experience that directed Terry to leave his corporate career and launch Teleios Financial Partners.

Terry is a licensed Investment Adviser Representative (Series 65) with GA Repple and Company. As a fiduciary Terry is committed to always work in the best interest of his clients. He also holds an insurance license and is a General Agent. Terry remains active within the industry and often serves as an invited speaker, trainer, and Mentor to both fellow advisors and major institutions across the country. Both his industry history and his advisor training experience allows for a rare perspective. We believe this makes a big impact on our clients’ financial success.

Terry is from New Smyrna Beach. However, he’s been visiting Brevard County as early as he can remember, often fishing or shrimping on the north (Volusia) side of mosquito lagoon down to the southern Merritt Island side. Terry learned a lot about business and the financial markets from his father. His dad had several successful traditional businesses between Florida and Texas. He also was an avid day trader. From him, Terry learned how the financial markets and insurance products could balance the ups and downs of business income and risk.

Terry married Teresa, his life partner and best friend, in April of 2004. They started building their first home that same year. Terry and Teresa have 2 children. Makayla was born in May of 2005, and Aiden was born in June of 2006. Teresa homeschools their children and teaches in several homeschool co-ops within the community. Terry and Teresa decided before they were married that they would place Jesus Christ at the center of their family. They have attended Calvary Chapel Melbourne since 2004. As a family, they love the outdoors, and at times may be lost somewhere in the mountains or offshore, catching snapper and grouper.